Where does new US president stands on the key issues? 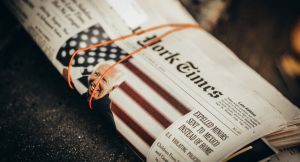 America finally decided after more than three days of uncertainty while election ballots were counted.

In his first speech since being named US president-elect, Joe Biden promised to "unify" the country and heal deep divisions. But what more do we know about the 77-year-old, who, after his inauguration on 20 January, will officially become the next US commander-in-chief?

When he formally announced his entry into the 2020 presidential race, Joe Biden declared that he stood for two things - workers who "built this country", and values that can bridge its divisions.

As the US faces challenges from coronavirus to racial inequity, his pitch is to create new economic opportunities for workers, restore environmental protections and healthcare rights, and international alliances.

Mr. Biden, who has served in public life for around a half-century, is emphasizing his government experience, seeking to cast himself as a steady, seasoned hand in a dangerous and uncertain world.

As the coronavirus crisis has unfolded, he has looked for ways to help voters picture him as commander in chief, formulating recommendations rooted in advice from health care and economics experts.

Mr Biden's approach to tackling coronavirus is to provide free testing for all and hire 100,000 people to set up a national contact-tracing programme.

Mr Biden plans to establish at least 10 testing centres in every state, call upon federal agencies to deploy resources and give firmer national guidance through federal experts. He says all governors should mandate wearing masks.

To address the immediate impact of the coronavirus crisis, Mr Biden has vowed to spend "whatever it takes" to extend loans to small businesses and increase direct money payments to families.

In the wake of the race protests that have gripped the US this year, he said he believes that racism exists in the US and must be dealt with through broad economic and social programmes to support minorities. A pillar of his "build back" programme is to create business support for minorities through a $30bn investment fund.

Mr Biden has called climate change an existential threat, and says he will rally the rest of the world to act more quickly on curbing emissions by rejoining the Paris Climate Accord. The agreement, which Donald Trump withdrew from, committed the US to cutting greenhouse gases up to 28% by 2025, based on 2005 levels.

In his first 100 days in office, Mr Biden promises to reverse Trump policies that separate parents from their children at the US-Mexican border, rescind limits on the number of applications for asylum and end the bans on travel from several majority-Muslim countries. He also promises to protect the "Dreamers" - people brought illegally to the US as children who were permitted to stay under an Obama-era policy - as well as ensure they are eligible for federal student aid

Coronavirus Vaccine might be available by the end of 2020 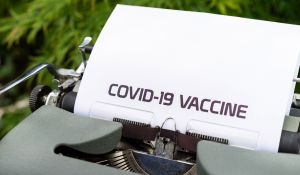 The Health Secretary Matt Handcock announced today that the NHS should become ready for deployment of coronavirus vaccine from the start of December 2020.

The Covid-19 vaccine has been developed by Pfizer and BioNTech and is found to be 90 % effective against the virus.

The Health Secretary called the development a "promising news" however warned that it was only one step of many the country needs to tackle the pandemic once and for all.

The Prime Minister Boris Johnson expressed a "huge thanks" to Kate Bingham, the head of the UK's vaccine taskforce, for securing 40 million doses of the Pfizer and BioNTech vaccine.

According to the British Medical Association Covid-19 vaccines could be available from GPs and large drive-through sites 12 hours a day and seven days a week.

Doctors should get ready to start giving out jabs as soon as they are available, the medical union said.

GP surgeries were advised to be ready for "rapid delivery" of Covid-19 vaccines as soon as they are approved.

Guidance on a new "directed enhanced service" were given to family doctors, describing that they would work longer hours from 8am to 8pm Monday to Sunday to deliver the vaccination. Patients are set to be given two vaccine doses - either 21 or 28 days apart.

As well as GPs and chemists, vaccines could also be available at mass vaccination centres that will operate "in a similar way to testing centres" There could also be "roving teams" of vaccine nurses who offer jabs to those in care homes or to people who are housebound.

Vaccine availability will be limited at the beginning,  meaning only small numbers of vaccines may be given in December with most vaccinations taking place in early 2021.

"Working together, practices will need to be prepared to offer vaccinations seven days a week so that the vaccine is delivered within its short shelf-life and so patients receive it as soon as possible."Practices will need to work together to decide which one practice (or another appropriate site) is used for the vaccination site, remembering the need for provision to be potentially available 8am to 8pm, seven days a week."

But scientists have expressed concerns about how GPs will store vaccines as they must be kept at -80C. They say many surgeries do not have freezers cold enough for them.