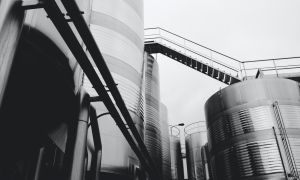 Companies have signed an agreement proposing that they will work together on plans for a plant to make lithium ion batteries, the key component in electric cars as well as energy storage products.
The chief executive of Britishvolt - Lars Carlstrom has announced that the companies had an ambition to build facilities producing batteries with capacity of as much as 30 gigawatt hours (GWh) a year, which would be roughly equivalent to the joint Tesla-Panasonic Gigafactory in Nevada. A factory of that size would create as many as 4,000 jobs, he said.

However, the lack of large-scale battery manufacturing facilities in the UK has raised fears over the future of the country’s automotive industry, including from the Jaguar Land Rover boss, Ralf Speth. Transport costs mean that securing a battery supply close to car assembly plants is attractive for carmakers.
The government-backed Faraday Institution estimates 130 GWh of annual capacity will be required by 2040 if the UK is to retain a large automotive sector.
The UK recently lost out on a major investment in battery production by Tesla. Elon Musk, the US electric carmaker’s chief executive, blamed Brexit uncertainty for his decision to choose Berlin over a British location. Other battery producers such as Sweden’s Northvolt, South Korea’s LG Chem and China’s CATL have built factories in EU countries.
Carlstrom said the UK’s struggles with Brexit had provided an opportunity for the company to approach the market, with other companies unwilling to invest despite the expected demand for batteries from UK car factories.

European and UK carmakers have tended to import battery cells, which are then assembled into packs to go in cars, from China and South Korea. However, carmakers such as the Vauxhall owner, Peugeot, have recognised an increasing need to secure a supply of cells closer to home.
Securing investment in a UK gigafactory has been a top priority for the government’s automotive industry officials. The government-backed Advanced Propulsion Centre orchestrated the tie-up between two startups.

AMTE Power, which was founded in 2013, already runs a small facility in Thurso, northern Scotland, and is looking at sites in Teesside and Dundee for a larger plant capable of 1GWh a year. AMTE, led by the chief executive, Kevin Brundish, focuses on specialist markets such as high-performance cars.

Britishvolt is looking at five locations for a larger plant with an annual capacity of 10GWh of batteries aimed at mass-market cars, with the possibility of adding another 20GWh after that. Britishvolt expects to raise the first £1.2bn of funds in the next year, after receiving initial backing from Scandinavian and Middle Eastern investors.Despite the looming coronavirus recession, the company is confident it can raise funds, as investors look for green investment opportunities. 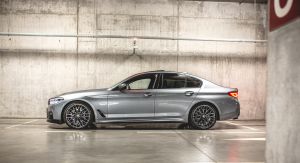 Automakers are expected to run assembly lines at slower rates until demand climbs back toward pre-crisis levels.

Europe's car industry, which accounts for about 14 million jobs across the region, is eager to get back to work, even though it's unclear whether buyers will return to showrooms once lockdowns are lifted.

Unlike Italy and Spain, Germany never banned car production, though factories came to a standstill after authorities restricted the movement of people and ordered the closure of car dealerships, hitting demand.

Daimler's Mercedes-Benz German plants in Sindelfingen and Bremen are also making preparations to ramp up production.

Workers need to come to the plant already wearing their factory clothes, to avoid time stuck in changing rooms, and designated pathways in the plant have been altered to ensure there is "one-way" traffic only, BMW said.

Workers need to wear masks and keep a distance to one another. The seating order on BMW factory buses has been changed, as has the process for entering and exiting the bus.

BMW will initially start production at the plants with one shift. Normally, the plants work in two or three shifts. To protect the employees, hygiene and distance regulations are established and processes are reorganized.

BMW's factory in Shenyang, China, has been producing since Feb. 17.

"The exact dates for the restart will depend on the development in the markets and customer demand," a BMW spokesperson said.

The automaker's German plants in Munich, Leipzig and Regensburg will open after May 18, as will the company's factory that builds Mini cars in Oxford, England.

BMW plans to restart output at its biggest European plant in Dingolfing, Germany, and in San Luis Potosi, Mexico, on May 11.

BMW aims to reopen its factory building Rolls-Royce cars in Goodwood, England, on May 4, and resume production at its U.S. plant in Spartanburg, South Carolina, which builds SUVs for global markets, on the same day.

VW's other plants in Germany and in Portugal, Spain, Russia and the U.S. will restart production in the week from April 27, the automaker said in a news release. Through May, production will be resumed successively in South Africa, Argentina, Brazil and Mexico, VW said.

Encouraged by a fall in infection rates, Germany has allowed small retail stores, including car dealerships, to reopen, provided they adhere to strict distancing and hygiene rules. VW said about 70 percent of its dealerships in Germany had re-opened.

VW resumed production of its battery-powered ID3 hatchback on Thursday. Deliveries of the ID3  are due to start in Europe in the summer. It's a key launch for VW as the first vehicle in its new generation of affordable, long-range electric cars. The automaker's factory in Bratislava, which builds Porsche, VW and Audi large SUVs and minicars, also reopened on Thursday.

Production capacity in the Wolfsburg plant will be at around 10 per cent to 15 percent to begin with, and reach around 40 percent of pre-crisis levels in the week after, said Andreas Tostmann, VW brand's board member responsible for production.

BMW, VW and Daimler, are banking on Germany's ability to trace and contain the coronavirus, and a healthcare system capable of extensive testing to identify possible carriers of the disease.

VW restarted production at its home plant in Wolfsburg on Monday, while BMW is cranking up engine manufacturing, also starting Monday.

BMW and Volkswagen are among European automakers rebooting their car factories to take advantage of easing coronavirus lockdown rules.

Merkel has been talking with the automotive industry, which forms the backbone of the German economy, to find a way to restart production. The talks are focused on automotive suppliers that might not be able to survive extended production shutdowns.

Germany’s automotive lobby group and the country’s largest union called on Chancellor Angela Merkel to allow car sales in the country to resume as soon as possible.