E-mobility is reshaping the automotive industry 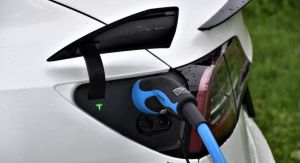 As data suggests recent Covid-19 has become a driving force behind an increasing demand for Electric Vehicle and an E-Mobility trend.

According to Kersten Heineke, the McKinsey Center for Future Mobility in Europe, “Covid is going to be an accelerator for the transition to more sustainable mobility”.

The supply chain for EVs is much simpler than for gasoline vehicles, using only about 3,000 to 10,000 parts per vehicle, down from the 30,000 needed vehicles with a traditional powertrain. All the major automakers have committed publicly to an electric future. All of this means that a shift away from internal combustion engines and toward EVs will increase the 2 million or so EVs sold in 2018 by a factor of 10 in the coming decade.

Such innovation will have massive impact on technology companies. Electrification is not just about the car and its components but it involves a great number of other parties to be involved, including battery chemistry, the battery makers, the automakers, the charging infrastructure, the smart energy grid and even the very source of power generation.

It is essential to make each part of this chain to be sustainable, environmentally friendly and ethical. For the battery itself, which depends on analog technology to manage battery formation and test, precision battery management, isolation, powertrain inversion and energy storage, this also means ethical practices even for the battery chemistry.

That is the reason why a trend for battery chemistries will raise, such as lithium iron phosphate (LFP), which is not only cheaper and safer than other chemistries, but is zero cobalt, meaning it totally avoids the ethical issues surrounding cobalt mining.

Additionally, 1/3 of the cost of an electric car comes from the battery itself, which means the battery is then not just the determining factor governing the range of the vehicle, it’s actually a valuable asset in the vehicle. What does the industry do with that asset? One approach is to develop technology that leads the battery life cycle “journey” all the way from battery formation through its second life.

For example, the useful life of the battery is defined by several factors that goes beyond of its production. What were the precise conditions during cell formation? How carefully was the cell handled at the warehouse, during transportation and during battery-pack manufacturing and assembly? What were the conditions during its operation in the vehicle and over the road?

Technology is developed to understand the state of health of the battery cell through operation to determine how the battery cell might be used in second-life applications, for instance powering an airport shuttle, a forklift or an electric bike, storing energy from renewable sources like wind and solar or ending up as a cell in the vehicle charging network.

The decision to treat batteries as a quasi-renewable asset means fewer resources end up in landfills. And, during operation, there is the benefit of saving carbon emissions from the atmosphere. 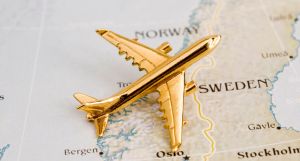 A comprehensive process of digitalization in Sweden has led to a growing need for IT specialists in the country. According to recent statistics a deficit of 70,000 IT engineers is expected in 2022.

To improve the shortage situation in the country four main measures were suggested to be taken by the experts:

Let’s look closely at the fourth factor – improvement of immigration and attraction of international talents.

A globalised economy requires an efficient system for migration and integration.

In Sweden, business in general and a digital sector, in particular, depend on the international talents. In order to remain internationally competitive and the country without doubt should have advanced and straight-forward immigration policies to reassure that the process of relocation to Sweden for international talents runs as smooth as possible. Through the poor management of labour immigration in recent years, Sweden has lost much of its attractiveness and, thereby, many valuable talents.

In order to improve immigration situation in the country the following measures are suggested to be taken:

Develop a national strategy for talent attraction, including a ”onestop-shop” for all case management connected to labour immigration, coordinated by regional ”expat centres”.

Effective collaboration between the authorities responsible for recruitment and establishment of third-country nationals in the Swedish labour market is crucial for Sweden to be able to compete internationally for skills. Our proposal is to set up regional so-called expat centres for the coordination of all contacts with authorities (one-stop-shop19).

A prerequisite is that the Migration Agency is given the task of promoting labour immigration for occupations where there is a lack of supply, clearly differentiated from its by nature restrictive asylum management. We also advocate a review of the regulatory framework for employee stock options and expert tax, in order to make it more profitable and attractive to work in Sweden, as a part of the national strategy.

Aim for an increase of at least 10,000 more international top students applying to Swedish universities and, by extension, to the Swedish labour market by more generous public-private funded scholarship programmes and extended deadlines for seeking work in Sweden after graduation. The number of inbound students has decreased by 10,000 since 2011, and fewer than one in ten students from countries outside the EU get into our labour market. Our scholarship programmes, which are today linked to the aid budget and therefore not freely available to students from all over the world, should be both broadened and increased, including by a greater degree of co-financing with private actors. The aim should be that 10,000 more top students are recruited every year, of which at least half should be willing and able to work in Sweden after graduation. Together with better collaboration between colleges and the working life (as proposed in earlier sections) and an extended deadline to at least a year for seeking work after graduation, it can be ensured that these talents will be available for the Swedish labour market. 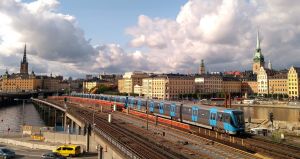 No-lockdown strategy helped companies in Sweden avoid the worst-case scenario predicted by experts. Despite many debates and scary predictions Sweden seems to choose the correct course with one after another Swedish companies have been beating expectations: from telecoms equipment maker Ericsson to consumer appliances manufacturer Electrolux via lender Handelsbanken and lockmaker Assa Abloy. “I have never seen such a high proportion of companies coming in with better profits than expected. It’s almost every company,” said Esbjorn Lundevall, chief equity strategist at lender SEB.

SKF, whose ball bearings are used in everything from paper machines to cars has kept its offices in Sweden open throughout the crisis and expects workers to come in unless they are ill. Its second-quarter underlying operating profits in the three months to June fell by almost half compared with a year ago but were still a third ahead of analyst expectations. “We have quickly adapted to the new reality, even though we don’t know how it will be going forward,” said Mr Danielson. SKF’s sashed are steadily flat since the start of the year but have increased by more than half since their lowest point in March, when the pandemic started. Sweden’s death rate has been a way higher than neighbouring Norway, Denmark and Finland, causing controversial discussions around the world. But its excess mortality levels have been lower than in many European countries, such as UK, France and Spain, which were under a lockdown.

It is a similar situation terms of the predicted economic impact. Economists and central banks forecast that GDP level in Sweden should decrease by roughly 5 per cent, similar to Norway and Denmark and far better than in Italy, the UK or France. Despite predictions, Swedbank reported pre-tax profit in the second quarter of SKr6bn, down slightly year-on-year but almost 40 per cent ahead of analyst expectations. Jens Henriksson, a Chief executive commented: “I’m not going to say yes or no. We have not been as closed down. And that translates into a positive effect. If you look at the Swedish economy, we’ve seen signs that it’s picking up.”He added that big companies, which had rushed to Swedbank for loans at the start of the coronavirus pandemic have already started repaying, while smaller businesses had not borrowed as much as many had expected.

The housing market has also stayed robust, with SEB’s confidence indicator showing its biggest ever improvement from June to July. Experts highlight that there is a split between Swedish companies into those with a heavy domestic focus, such as retail banks, and the manufactures. The first benefited the most from anti-lockdown approach while the second as large contributors to the export sector were exposed to reduced global demand.

Car manufacturer Volvo Group, industrial groups Alfa-Laval, Trelleborg and SKF, and medical technology company Getinge all have not done much profits in the past quarter but beat experts’ forecasts. Ericsson boosted its operating profit in the quarter while Electrolux almost broke even, showing much more positive results than was estimated.  One possible explanation is simply that experts were too negative about the impact of coronavirus, not just in Sweden but across Europe.

Thechief executive at Volvo, Martin Lundstedt, said the 38% drop in sales in the period was “unprecedented” but due to quickly made deep cost cuts the group was able to make profit despite disruption to the group’s supply chains. However, he has mentioned that the Swedish approach to the lockdown had “rather limited effect” given the disruption to supply chains beyond the country’s borders. “We are too intertwined with other countries,” he said. “It’s more about the fact that a lot of Swedish companies have been working on flexibility.”

All industrial groups were encouraged by signs of recovery in China and a robust early rebound in other countries in Europe, as well as government support to maintain jobs.