In March 2020, about one in ten new cars bought in Sweden were completely electric, while a further 17% were plug-in hybrid vehicles – this was an increase (from 2019) of 43% for the former, and 107% for the latter. By June of 2021, however, sales of electric cars had increased massively – every second car sold in the country was electric. Sweden now has the largest proportion of electric cars in the entire EU.

There are many reasons as to why more and more consumers are choosing to buy electric cars or plug-in hybrids. Perhaps the primary reason is their cost efficiency – electricity is cheaper than petrol or diesel practically everywhere in the world. As well as the fuel costs, electric cars do not need oil changes or motor maintenance, which further helps the consumer to reduce their expenses. Companies are working to make electric and hybrid vehicles more affordable, and when considering the money the average consumer will save on petrol or diesel, the financial benefits are clear. A growing focus on climate change and the need for mass-scale divestment from fossil fuels is also powering the shift; electric cars emit fewer harmful pollutants, especially when they are charged by solar panels or other forms of renewable energy.

Convenience may also factor into the increasing popularity of electric cars – rather than having to find a petrol station every time you need more fuel, you can simply charge an electric vehicle at home. With technological advances, the time taken to charge a battery, as well as how many miles a charge will last for, is steadily improving. In addition to this, the average electric car can continue driving past 500 000 miles, while a petrol or diesel car can only reach a maximum of about 200 000 miles.

Government incentives to switch to electric cars are common in Europe, where large efforts are being made to reduce fossil fuel emissions. For example, in some places parking is cheaper for electric cars, and they can sometimes drive in bus lanes to skip traffic jams. In the UK, certain low-emission vehicles are eligible for a plug-in grant, aiding the buyer in the running cost of the vehicle.

Electric cars are expected to become cheaper than petrol cars in the next decade, according to some forecasts – Sweden is simply ahead of the game.

The most in-demand jobs in Germany 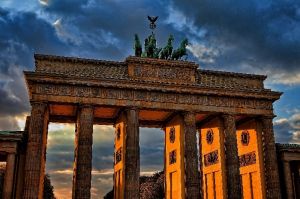 As Europe’s largest economy, and the world’s fourth largest by GDP, Germany is an extremely attractive place to work. According to recent reports, it is also facing a skills shortage across many sectors, with a projected shortfall of three million workers by 2030. Due to its ageing population, the country needs foreign workers to make up this deficit. For well-qualified professionals, therefore, there are lots of opportunities across different sectors and industries.

Perhaps unsurprisingly, most sought-after workers are those in the IT and software sectors. According to a survey conducted by the Bertelsmann Stiftung, three of the top five positions are in these areas. Software developers and programmers are the most in demand workers, followed by electronics engineers in second place and IT consultants and analysts in fourth place. Other highly desired workers are in the healthcare, sales, and architecture sectors.

The people best placed to get these jobs in Germany are usually university graduates, and preferably those with at least some professional experience in their fields. Fields within engineering, including structural, mechanical, electrical, and automotive engineering, are particularly useful to have a degree in, as they will open up lots of job opportunities. These degrees do not need to have been earned in Germany, however, as long as they are equivalent to German qualifications. The country is open to immigrants and the government has recently passed a law drafted in 2018, which aimed to make the labour market more accessible to non-EU skilled workers.

As well as engineering and related fields, there are also lots of vacancies available in healthcare, teaching, and retail, among other areas. Many of these areas offer internships of a year or more, after which you will progress to a full-time job. There are also other options to complete vocational training if you are not yet a skilled professional, but still want to access the German job market. Dual study programs are available nationwide, and many employers will fund or otherwise aid workers in taking part in these. Other jobs do require you to have already undertaken some training; in the medical field, for example, you can get a license to practise as long as you have a degree that is equivalent to the German medicine qualification.

Further information about the jobs most demanded by German companies is available on www.deutschland.de. 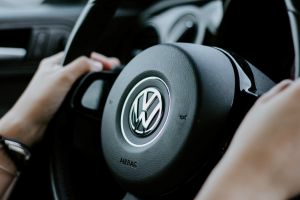 Since the Dieselgate scandal broke in 2015, revealing how Volkswagen in Germany had been illegally manipulating its engines to bypass the German Clean Air Act, the automotive industry in the country has faced a huge loss of public trust and has faced sanctions from the EU, among other public bodies. As of 2020, the company had had to pay over $33 billion USD in criminal fines, as well as penalties, financial settlements, and compensation for those who bought the affected cars.

The manipulation in question aimed to help the cars bypass government regulations on the emissions that vehicles were allowed to produce; although in a test setting, the vehicles appeared to conform to these standards, in a real-world scenario they emitted up to 40x more nitrous oxide. Nearly half a million cars with this illegal bypass were produced and sold in the USA between 2009 and 2015, resulting in a measurable increase in emissions.

As a result of Dieselgate, EU law changed to reflect the new right of the European Commission to check whether cars are conforming to the legal emission standards, and to recall them if necessary, as well as fining the company. These fines can be up to €30 000 for each offending vehicle.

As of July 2021, the company is facing yet another set of fines, this time from the European Commission. These total €875 million, on the basis of the company having broken EU antitrust rules by the use of their bypass. This is the first time that antitrust violations have been prosecuted legally, making it somewhat ambiguous – VW is considering whether to appeal the decision on legal terms, and the company has until mid-September to make its final decision.

It was not only Volkswagen that was affected by Dieselgate – increasing regulations on diesel-powered vehicles and new engineering requirements made them less attractive both to manufacturers and to consumers; this has contributed to the increasing sales of electric cars. 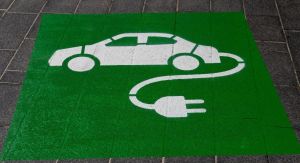 The EU has been gradually introducing climate-friendly laws and regulars over recent years, to aid the attainment of its goal of carbon neutrality by 2050. This law was passed as the Climate Change Act in 2008, but recent events in terms of the effects of climate change have contributed towards the drafting and passing of further laws. The latest of these aims to end the selling of cars with combustion engines (that is, those powered by petrol or diesel) by 2035. Along with this, the plan aims to reduce emissions from international flights by gradually beginning to raise taxes on certain types of fuel.

The use of passenger cars within the EU is currently responsibly for 12% of total EU carbon emissions, meaning that the implementation of this bill will contribute greatly towards the continent’s aim to become carbon neutral. It will, however, require the building of new infrastructure: charging stations for electric cars, which are expected to replace petrol and diesel cars, must be built along public highways.

To some car manufacturers, the introduction of this law poses a logistical challenge, as it would require a 55% cut in carbon dioxide emissions from new vehicles over the next decade, and eventually a 100% cut, effectively banning the vehicles that comprise most of their product ranges. As a result, many are turning towards the production of electric cars as a viable alternative to keep their companies afloat, and existing electric vehicle manufacturers are receiving financial boosts.

The exhaust fumes and other particulates released in the combustion of petrol or diesel are widely believed by scientists to be a major factor in global warming – carbon dioxide, carbon monoxide, and nitrogen oxides are three of the most harmful gases released. As these then move into the atmosphere, the pollutants can cause direct harm to people who breathe them in or are simply close to them. These health problems range from skin irritation and allergies to respiratory problems, and some evidence suggests that long-term exposure to particulates can increase a person’s risk of lung cancer.